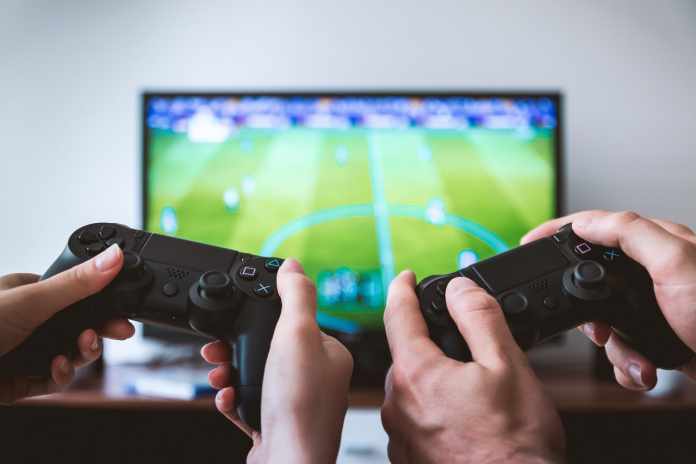 “These young ones today, always on their phone or one of those devices playing video games.”

Only, if we had a dollar every time, we heard that sentence growing up.

Your elders believed that it is just you who spends so much time playing video games. They didn’t know that all the other kids were doing it too. 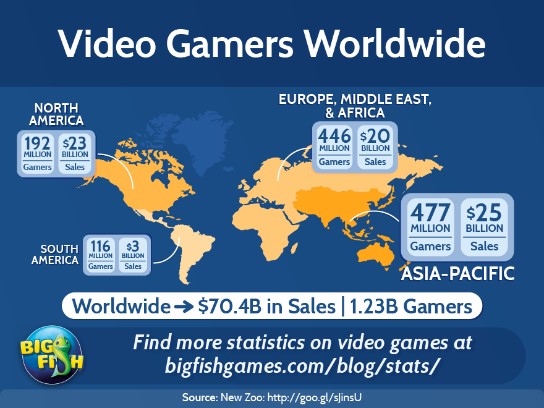 Look at the size of the gaming industry. I’m sure I am not the only reason it got so big. Right? The worldwide video game industry is a multi-billion dollar industry. In the Asia-Pacific region alone, you can find about 477 million gamers.

But, of course, videogames can be played on a number of different interfaces. The percentage of market share in terms of revenue reflects this as well.


But given the constant nagging by our elders, games became a guilty pleasure for every gamer. However, that guilt stems from myths, not reality.

For instance, every time you start playing a shooting game, you will get be cautioned: “These videogames will make you violent.” However, it holds very little truth.

Various researches suggest that the evidence behind this claim is weak. So, while you may feel guilty killing that zombie, trying to suck out your brain, there is no reason to feel that way.

We were told that gaming is a waste of time, games will isolate us socially, gaming will take us nowhere, and they don’t teach us anything, and whatnot. Critique and only critique.

But what we were never told is the good side of gaming. With the progress of science and research that followed, the advantages of gaming have come more to light. They not only improve our mental skills but also bring people and communities together.

Making you smarter and healthier

We mean all this:

Today, a 14-year-old is much more agile and responsive than a 30-year-old. Why is that? This is due to the deteriorating cognitive control over time. You can define cognitive controls as a set of neural processes that help you navigate your way around your surroundings with a direction towards goal attainment.

As you get old, these controls tend to deteriorate. You become less reactive, and senses tend to rust. How do you solve that problem? Play video games.

How does that work? Research suggests that playing video games enhances your cognitive controls, especially if you are an adult. Think about it yourself; you sit and process several variables at once while playing a video game, even a simple racing game.

Given that you do it regularly, your cognitive controls do not rust away.

Another argument to deter us from playing games was that our vision would deteriorate. But, think about it; your vision deteriorates when you spend hours in front of a computer screen at the office. So, how is gaming different?

But let’s look at a different perspective. What if we tell you that researchers have found that video games help you improve your vision?

How does that work?

Think about how many different colors you see in a game. You try to distinguish between your friends and foe by outfits; you customize your outfits, you look at colors to guide you. All that helps you improve your contrast sensitivity.

What if we also told you that to improve contrast sensitivity otherwise, you’d either have to get glasses or eye surgery? Why not be grateful that you get so much from video games instead?

At the age where gaming could help kids the most, often parents ban videogames for their kids. We are talking about the age group of 3 to 6-year-olds. During that age, a child learns several new skills.

Their motor skills development is one of the most important aspects of growth in this age, which is why initial training for most specialized sports like karate, aerobics, and swimming begins at this age.

Researches have found that motor skill development can be improved through video games. A study proved that children in that age bracket that played video games were better at object control skills.

But of course, we do not mean that you completely expose your children to the world of video games at this age. Careful monitoring and picking out the right games is your responsibility as a parent.

There are many safe platforms online to let your child play games without any worries. Unlimited Gamez Mo is one of them. It allows your child to indulge in various thought-provoking and solution-oriented games that help their motor skills to develop.

It also offers games in several other categories like action, arcade adventure, and education, etc. You can pay a small subscription fee, and your child can play all these games online on mobile phones. While they are doing that, you can be sure that they are in safe hands.

Do you know what a leader does? Work consistently and achieve goals through collaboration and consistent efforts while seeking opportunities for growth.

Now think about what a gamer does? Most games are based on a goal-achieving theme, where you have to work as a team to win. In doing so, games introduce new characters that you collaborate with and explore new worlds.

So, the mindset of a gamer is precisely that of a shrewd leader. So, while you miss out on games, remember that they bring you closer to being a leader more than anything else.

With the changing time, it is essential to break the myths surrounding games. Contrary to popular beliefs, they bring several benefits. They also teach various essential life skills.

Parents are justified in their concern, but now, undeniable proofs exist that they might have been wrong. Allow your kids to play games, and they will surely learn a thing or two.