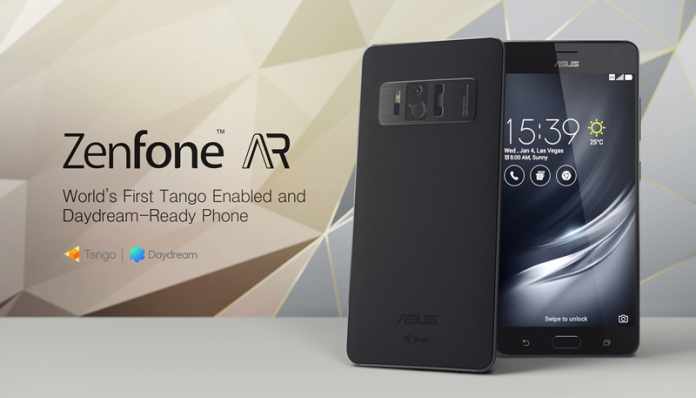 The tech giant Asus has announced to launch the world’s first 8GB RAM phone in India. It is much sleeker looking, more manageable in the hand and a lot less bulky. The device is featuring 4 metal frames that wrap around the entire perimeter of the phone and on the back. The device does have a fingerprint sensor but instead of having it on the back, it is embedded in the front which also doubles as a home button.

Tango is an augmented platform created by Google, whose purpose is a create an environment for augmentation reality in our daily life. It can also be very entertaining and recreational. Not only does these ZenFone AR has support for Google’s Tango but it will also be daydream ready out of the box. It will actually be the first Android smartphone with both Google’s Tango augmented reality platform and daydream virtual reality software support and it has all the specs necessary in order to do it.

As far as the specification is concerned, Asus ZenFone AR has got large bright and beautiful 5.7-inch QHD (1440Ã—2560 pixels) Super AMOLED screen, which plays a major role in virtual reality. A Snapdragon 821 processor inside and it will come with 8GB of RAM which will make the ZenFone the first smartphone with 8GB RAM.

The ZenFone AR also feature a vapour cooling system in order to help phone prevent from heating when using its AR and VR capabilities. It is android 7.0 Nougat based. Exact pricing and availability are still to be confirmed. So stay tuned for more News and Updates.