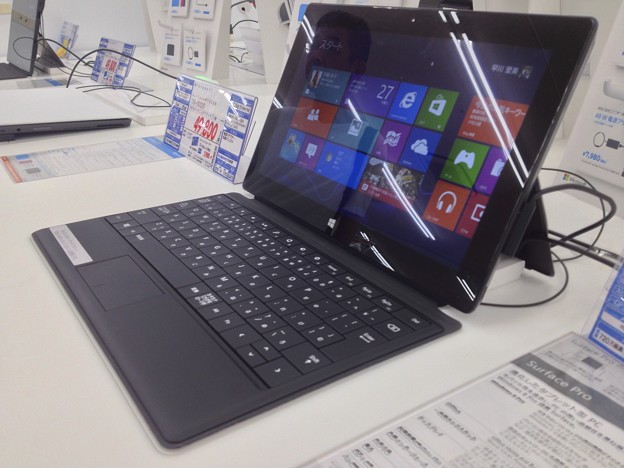 When it comes to buying a tablet for digital drawing or creating your 3D modeling portfolio or graphic design, the important thing to make sure of is that the tablet’s operating system can run the creative software you want efficiently. It goes without saying that the majority of creative software is optimized for iOS and Windows. So, you’ll obviously want to consider a tablet with either the Windows or iOS operating system.

Sure there are many capable Android tablets with excellent digital styluses and touchscreens making them great for drawing, and there are plenty of apps too. Though you may not find as many professional software suites available for Android. That said if the 3D design or modeling software you want to use is available on Android then without a doubt an Android tablet is worth considering. Also, because the tablet may become one of your primary computers for digital creativity, it should also be compatible with your main work computer. After all, you will want to export your work or even back it up. If you have a Mac, then an iOS tablet works best with it. The same goes for Windows computers which work best with Windows tablets, and as of late there is extensive support for Android too.

Below we’ll list three of the best tablets for creatives.

It is a Windows tablet, and an excellent choice for illustrators, 3D designers and for overall graphic design professionals. The tablet is designed in particular for creative people. Which means that it can help you do everything from 3D modeling to animation and even light video editing.

The MobileStudio Pro comes with Windows 10 as the operating system, along with an Intel processor, and more than enough ram to power all the demanding tasks required of it. Also, included is the Pro Pen 2 with its 8192 pressure levels, multi-touch function, and tilt sensitivity.

The tablet runs professional software like 3D Studio Max, SolidWorks, Photoshop, Illustrator and Adobe Premiere Pro amongst many others. Its color accurate (96% Adobe RGB) screen, comes in 4K resolution with a 16 inch and 13-inch model.

The Surface Pro 4 is a computer at its heart which unlike the MobileStudio Pro is a tablet by its very design. Though the Surface Pro 4 isn’t designed to be a creative person’s ultimate tool, and because of that, it can handle more than just graphic design. It is powerful enough to run just about any professional software, in addition to it, having a full-size detachable keyboard, and pen input.

The pen aka Surface Pen has 1024 points of pressure sensitivity, which may seem like a comparatively small number but in practice, the pen is highly responsive and amongst the most accurate in use today. The pen’s response is determined more than by just its number of pressure sensitivity levels, other features like software drivers and hardware also factor into the equation. Perhaps the most significant selling point of the Surface Pro 4 is its excellent 9-hours if not more of battery life.

The second generation iPad Pro comes into two sizes the first being a larger 12.9-inch version, and the smaller version measures 10.5 inches. It is without a doubt the best iOS powered professional tablet out there for sketching, graphic design, and drawing. Since it is an Apple product, the iPad Pro 2nd generation is compatible with Macs.

There are many similarities between the Microsoft Surface Pro 4 and the second generation iPad Pro in terms of specifications and size. Though the specs are very impressive and the iOS operating system runs buttery smooth.

The larger screen size has a resolution of 2732 x 2048 pixels with the smaller one having 2224 x 1668 pixels. In other words, the screen quality and resolution are amongst the best.

Sold separately from the iPad Pro 2nd generation is the Apple Pencil. It is a well designed, light and comfortable pencil. Interestingly we have no idea as to the Apple Pencil’s pressure sensitivity since the company does not reveal any information about it. However, as people who have extensively used the Apple Pencil, it is safe to say that the response is excellent. It is just as good if not better than many comparable professional tablets.

Apple has also developed what they call ProMotion technology which in effect doubles the iPad’s screen refresh rate to 120Hz from its native 60Hz when the Pencil is detected. If anything it shortens the delay when drawing a line from the time it is drawn to the time it appears on the screen because the screen is refreshing faster. So, everything appears instantly on the screen making the experience feel fluid. So, it isn’t all about pressure points as some creatives wrongly assume. It is a combination of various factors which is why perhaps Apple does not make a big fuss about how many pressure points the Pencil has.

The iPad Pro 2nd Generation comes with some creative software like ProCreate, which allows you to sketch and draw on the tablet. Graphic designers can use Affinity Designer which is native to Apple devices and happens to be one of the most widely used graphic design software on the iPad.

Tablets meant for 3D design and graphic design help creatives build a 3D modeling portfolio while on the go. Plus that portfolio can then be transferred to the main computer, sold or displayed online. The possibilities with these tablets are endless, to say the least. In the case of the Surface Pro 4, it isn’t just a tablet but a very capable computer too which serves both purposes. So, most creatives will not require a primary computer.

10 Reasons to Start a Business From Your Home