Drupal has been infatuating developers because of its core structure and taxonomies which make the CMS a choice for Enterprise-level websites and web applications. Drupal 8 is an entirely re-written version of Drupal 7 which was launched in 2011. This updated version will include all those functionalities that will make the task of developers simplified and advanced. Listed below are a few highlights which are set to have Drupal steamrolling the competition.

PHP developers are excited that Drupal 8 has a new object-oriented framework with Symfony components. Symfony is often defined as an MVC framework. Although Symfony shares some of the components of MVC pattern as layer and separation- the main goal is to return a response in an optimized and effective way. Symfony 2, one of the largest and active communities in PHP world, is being used by other popular CMS including Drupal. The emergence of Drupal 8 comes altogether to embrace modern PHP development and take advantage of new PHP improvements provided by latest versions of PHP and Symfony. This framework enables developers to build custom web-based applications.

It is a coding standard adopted by modern enterprise frameworks such as Symfony 2 to maintain PHP coding consistency. Drupal 8 implements the PSR-4 standard for package based PHP namespace autoloading by PHP Framework Interoperability group. Writing clean code is always helpful if you follow a widely accepted coding standard. It also allows making the PHP code an open-source one for easier process. To make the process better, PHP code sniffer is used and integrated with your IDE for code evaluation while you type.

Composer is a tool which is used for managing dependencies in PHP. It announces dependent libraries needed in your project and installs them directly in your site or web application. As a part of Drupal 8’s effort to embrace contributions from wider PHP community, it needs a stable way of working with outside libraries in a fashion that does not interfere with that of other systems.

The Drupal’ s user community has increased multifold over the past few years. More and more features and plugins are being added to make this system even more efficient. Moreover, the Drupal community forum enables the users to communicate and resolve various issues related to Drupal.

Drupal 8 boasts extensive multilingual features that add wings to Drupal-powered website development. The admin interface has built-in translations. Pages can be created with language based view filtering and block visibility. Translations updates from the community are also facilitated. It improves the multilingual functionality by adding more configurations, thereby simplifying the task for the developers. Users can now have an easier time working with content and integrate a language they want without hassle.

The two plugins have been rolled out by the community to enhance Drupal core capabilities. These modules provide taxonomy translation, multilingual variables & blocks, and language selection.

The new version 8 also brings new functionality to theming. The Twig, a templating engine exceeds the expectation of Drupal theme developers. It facilitates them to create secure, fast and flexible websites effortlessly. The themes are much safer as the sandboxing features and automated output escaping are built-in to the system. Further, the twig compiles the templates to optimize PHP code and one may implement their own language constructs (tags, functions, filters, and operations).

Drupal 7 struggled with separating content and configuration, which makes it difficult to synchronize your setup across multiple environments. Drupal 8 enables you to store all configuration in your repository. Next to that, the new configuration manager gives you the ability to build development.

Drupal 8 allows developers to actively track any changes, put the entire configuration under version control and update a production site cleanly. This new version comes with a modern Object Oriented Programming (OOP) which provides developers with a lot of flexibility to change the way system performs or behaves. This makes it easier for PHP developers to jump into Drupal.

Drupal enables continuous digital innovation and is enterprise-ready for the world’s busiest websites. With the major advancements made, Drupal will scale with your business and your brands for next generation digital transformation and will allow you to evolve down the road without skipping a beat. The improvements made will allow developers easily experiment with new challenges coming in the way. 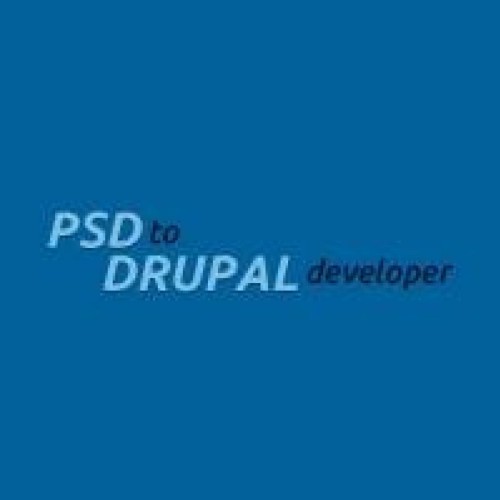 ClydeRayhttp://www.psdtodrupaldeveloper.com/psd-to-drupal.php
Clyde Ray, a senior Drupal Developer at PSDtoDrupalDeveloper- Best PSD to Drupal Service Provider and has been known for developing Drupal based web projects which are marked with quality-rich coding standards in Drupal. He adores sharing knowledge on the recent updates leading to Drupal advancement. He is also passionate about writing visionary write-ups on Drupal and its related technologies. He makes sure all his write-ups contain thoroughly researched content and facts.