The Potential Of Virtual Reality Is Beginning To Look Real 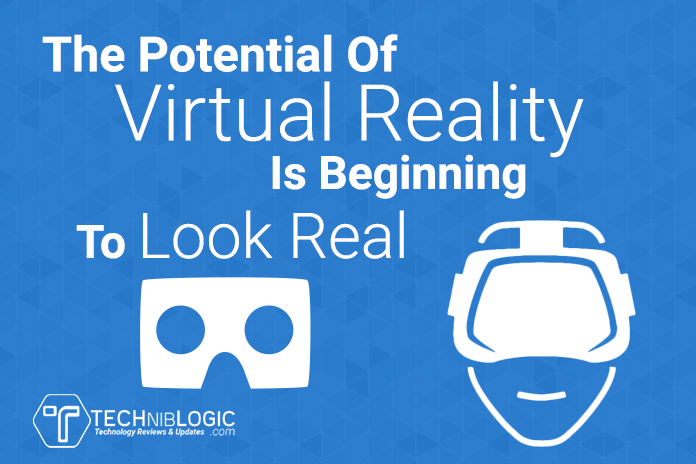 When Alphabet launched Google Glass, only a few of the virtual reality (VR) headsets existed, however, over the past five years or so, billions have been invested in the virtual reality turf, moving a technology that was once thought to be a stunt so much closer to being part of our daily experience.

Companies in the virtual reality circle raised $1.46 billion in venture capital from the beginning of 2012 through the 3rd quarter 2015, according to CB Insights, marking four straight quarters which these startups have achieved about $100 million and over in funding. According to PitchBook, these firms have managed to raise approximately $3.9 billion since 2010.

The whole of that money is headed to what should be prime release year ever for the new consumer virtual reality products in 2016.

So far, virtual reality has its own startup with an estimated value of over $1 billion. According to state filings, a Magic leap that raised a total of $542 million round of venture capital in 2014’s fourth quarter, and is reportedly looking forward to raising even a bigger deal now of over $800 million. The coming new round would place the value of the firm at about $3.5 billion. Some of its backers comprise of Google Ventures (Alphabet), the VC arm (Qualcomm), movie studio Legendary Entertainment as well as VC heavyweights Andreessen Horowitz and Kleiner Perkins Coufield & Byers.

Though Magic Leap is common for its ‘secrecy,’ what is more important to many is that a swarm commercial as well as developer only models have come on to the market in the last quarter of 2015, and some expected to make a debut from 2016, with a much wider projected audience than gaming techies with cash to burn.

Avegant is a virtual realty tech company that has raised about $36 million in venture capital and is as well coming on to the market with its own virtual reality device in 2016, Ed Tang its founder and CSO says, “We’re seeing a change in consumer behavior. People are starting to explore beyond traditional media and try new types of media. The cost of virtual reality is becoming surpassed by the quality of the user experience.”

How Virtual Reality Is Being Defined

What is referred to as virtual reality (VR) is precisely divided into 3 technology approaches: virtual, mixed and augmented reality. The difference is a little complicated, but indeed high profile firms within this niche are often mentioned in the press using these and other categories.

The best way to understand and get these definitions are based on two factors. First, the ‘immersion’ level created by the environment. Virtual reality does create an entirely different world that alternates reality, and that is today possible when using an ‘immersive’ headset, which is mostly linked to gaming, that is yet to change.

Devices of mixed reality and augmented reality creates environments which combines the real world and the other (alternate) world, sensory fields or the superimposed visual displays. A few YouTube demos from Magic Leap shows how alternative reality can be possibly overlaid on an actual experience.

There is continuing confusion between mixed and augmented reality, but the mixed reality is typically more immersive, for instance, watching a sporting game wholly rendered in 3-Dimentions in the living room, as augmented reality would be a virtual display as you shop in a target retail store.

All these three approaches have uses in the fields starting from education to real estate, entertainment, medicine, retail and aerospace engineering as well as design projects crosswise all industries.

Henry Bairdhttp://www.infinityleap.com
Andrew is a tech geek and has immense knowledge about latest happening in the technology world. Been interest in new wearable technologies, virtual reality and Augmented Reality, Often he shares his thoughts by writing post technology post.