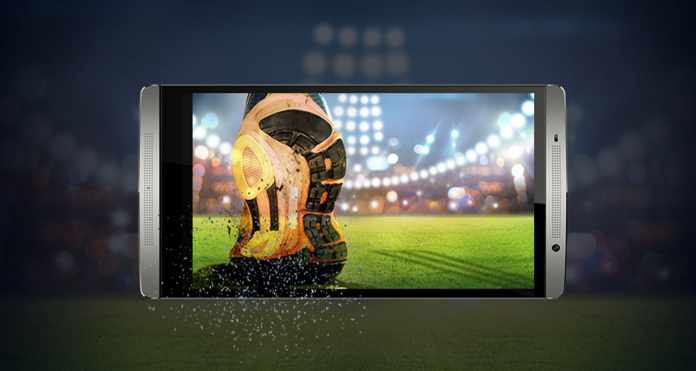 So far this year, Micromax has launched a handful of smartphones in several segments. The brand launched the Canvas 6 and Canvas 6 Pro flagships, new Canvas Spark entry-level phone, and the battery-centric Canvas Juice 4, just to name a few. In addition, the company has also launched a phablet called the Micromax Canvas Mega 2 as the successor to the last year’s Canvas Mega. The brand said that the new Canvas Mega 2 aims to strengthen the company’s phablet portfolio in the country. The vendor claims that it now has more than 15 percent market share in the phablet segment in India. The new Canvas Mega 2 comes with a handful of key specs upgrade over its predecessor. If you are planning to buy the Canvas Mega 2, then let’s discuss the phone’s features in details, so you can decide if it fulfils your phablet needs or not.

Similar to the last year’s Micromax Canvas Mega, this year’s Canvas Mega 2 also sports a plastic design to keep the cost down. The phone sports a unique texture on the back panel. On the front, the handset has dual front-firing speakers to deliver an immersive media experience. The handset doesn’t offer capacitive buttons and instead utilises operating system buttons for navigation. Overall, the new Canvas Mega 2 sports a decent design for its price range.

The Micromax Canvas Mega 2 flaunts a large 6-inch IPS display bearing a resolution of 960 x 540 pixels, which is 0.5-inches bigger than the last year’s Canvas Mega 4G Q417. The 6-inch display of the handset lets you enjoy movies and easily surf the internet. As for the software, the Canvas Mega 2 runs Android 5.0 Lollipop and comes pre-loaded with a handful of applications. Some of the pre-loaded apps of the phone include Amazon Kindle, Clean master, CM Locker, Gaana, Hike, Ixigo cabs, OLX, Opera Mini, Quikr, Scandid, Swiftkey Keyboard, Temple Run paradise and Monster truck saga.

Given its sub-Rs 8,000 price tag, the Micromax Canvas Mega 2 is fitted with mediocre configuration. The phone is powered by a 1.3GHz quad-core Spreadtrum processor, which is further supported by 1GB of RAM. The phone should be able to run casual Android games without any lag or whatsoever. For storage, the handset gets 8GB of internal memory, which users can further increase by inserting a microSD card. The phone will disappoint those looking to play high-end games since it only has 1GB of RAM and a quad-core CPU.

For imaging, the Micromax Canvas Mega 2 sports an 8-megapixel autofocus primary snapper with an LED flash. For selfies and video calling purposes, the handset gets a 5-megapixel front-facing shooter. The phone’s main camera is capable of recording HD videos. Similar to the last year’s Canvas Mega, the new Canvas Mega 2’s camera application is also pre-loaded with a bunch of imaging tweaks. The gallery app of the device lets you easily edit and crop the photos easily. Overall, the handset offers mediocre camera specs compared to the other devices in its range.

In terms of connectivity, the Micromax Canvas Mega 2 is a future-ready device since it comes with 4G LTE support for India’s both TDD-LTE band 40 and FDD-LTE band 3 LTE networks. Apart from 4G, the handsets other connectivity options include dual-SIM slots, Wi-Fi, Bluetooth 4.0, GPS and FM Radio. Ás for the battery, the Canvas Mega 2 is fuelled by a beefy 3,000mAh battery, which as per the brand is capable of delivering 25 hours of talk time and 245 hours of standby time. Overall, the device offers usual connectivity and battery specifications.