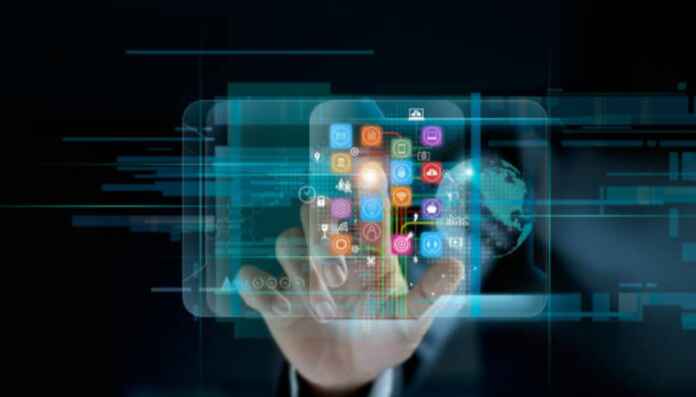 Multitouch touch screens have sparked explosive growth in the last few years. Long gone are the days when we used to press buttons on our BlackBerry micro-keyboards or exercise our thumbs on a PalmPilot. This revolutionary upgrade from button to Technology of Touchscreen has undoubtedly made our lives easier by introducing highly convenient and efficient ways to operate the smartphone.

Resistive Touchscreens are currently the most popular technology in the world. They function like transparent keyboards that are being overlaid on the surface of your screen. These screens consist of the upper layer of flexible polyester plastic bonded with a rigid lower layer of working glass. These two layers are separated by an insulating membrane. When you tap on the screen or select anything with your fingers, the polyester is forced to touch the glass; this creates a complete circuit, similar to how keyboards function. Now the chip inside the device will perform the function that you just commanded.

Capacitive Touchscreen contains multiple layers of glass layers that are a good conductor of electricity. These two electrical conductors are separated by an insulator, which is also called a capacitor. These screens function by altering the electric field by a certain amount according to the user’s finger on the net. In addition, the capacitive screen carries a multitouch function that lets the user touch it in more than one place at once. However, unlike most touchscreens, capacitive touchscreens can not be operated with plastic styles since they work with the help of electricity.

The Infrared Touch Screen function is similar to the magic eye beams in an intruder alarm. It uses a grid pattern of LEDs and light detecting photocells. These photocells are arranged on the opposite side of the screen. The LED lights shine infrared light to the screen that acts like an invisible spider’s web. When the user touches the screen anywhere, these beams are interrupted. A microchip is placed inside the screen that responds to the function you feel on the screen; the chip then calculates the interrupted beam and reacts accordingly.

The Surface Acoustic Wave Touchscreen actually works on an exciting concept. Surprisingly, this touchscreen works by detecting the sound of the fingers instead of the light. The Ultrasonic sound waves that are too high pitched for the human ears are reflected back and forth across the surface after being generated at the edges. By touching the screen,  you are actually interrupting the sound beams and absorbing their energy. The microchip in the screen controls the figures from where you have tapped on the net from this method.

Many people do not realize that it is possible to repair Touch Screen LCD screens. Many believe it only happens on the expensive models of LCD monitors. Indeed, improving the screen is not for everyone, so you have to contact iPhone Repair in Toronto by Ask Computers – a professional touch screen repair in Toronto to help you fix your screen.

What Is SERP Monitoring? Check a Simple Answer Here!

How is Cross-Browser Testing Important?

What is ISO 9001 Certification? – Its Benefits

What Is SERP Monitoring? Check a Simple Answer Here!

What Is SERP Monitoring? SERP monitoring is a crucial component of digital marketing as it can help you identify opportunities and threats. Using a...

How is Cross-Browser Testing Important?

We all are living in a competitive world that is full of new and advanced technologies. If you also want to be in the...

What is ISO 9001 Certification? – Its Benefits

What is ISO 9001 Certification? The ISO 9001 Quality Management System is the most widely used quality management system in the world. It has...

There is lot of Bluetooth neckband in the market, every tech product company has its own line of audio products. This lead customer to...

Since the advent of the pandemic, it’s been clear that digital security – and cyber threats –is permeating into more and more areas of our...

According to the Cisco survey, IoT applications take up 60% of the application development and deployment of technology. If we create an IoT app,...