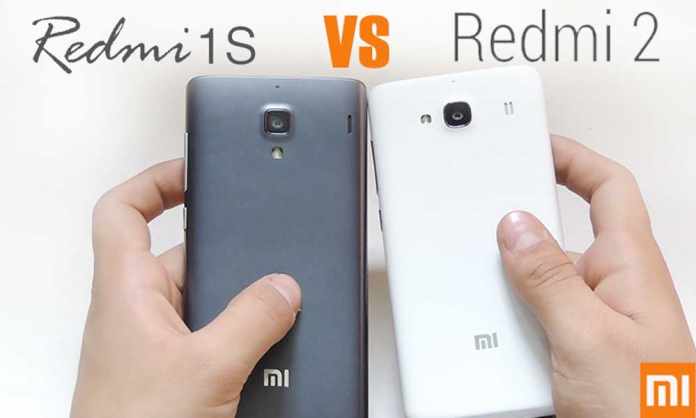 hey Guys again back with the in-depth review for Xiaomi Redmi 1s with its succesor Xiaomi Redmi 2. They have lot of similarities and difference also. So let’s first start with its display and the overall look and feel of both the device after taking them in the hand. Redmi 1s comes with 2000 mAh Battery where as Redmi 2 comes with 2200 mAh Battetry which is slightly larger than its predecessor as it will help the device to be wake up for more time. On the right side of both the devices there are volume rocker and power button which are exactly the same , same quality of plastic and almost everything is same when we compares the buttons When we come to the user interface of both the device redmi 1s comes with MIUI v5 where as its successor comes with MIUI v6 which is being latest android based ROM from Xiaomi in the market. It is just buttery smooth no other word will suit for explaining it further, No lag nothing is being there in this UI (User interface). When we come to the built quality of both the devise redmi 1s is bulky in front of redmi 2 when the weight of Redmi 1s is 150 grams approx and redmi 2 has 133 grams appox & the thickness of redmi1s is 9.9mm where as redmi 2 comes with 9.4 mm thickness. Redmi 2 comes with matt finish at back which is much better than its predecessor due to which it is very easy to handle it without being afraid to make the device slip from the hand. Overall Redmi 2 is much better than Redmi 1s because of its built quality and its new snapdragon processor 410 which is being upgraded from its previous device.

If you guys have any of the query regarding the device please let me know by commenting below.

How to Play DRM Protected Music Files on Android?

The Budget Dual-Camera Experience in 2019 📷

BuyBack Guarantee is NOT A Smart Decision! Here is Why?