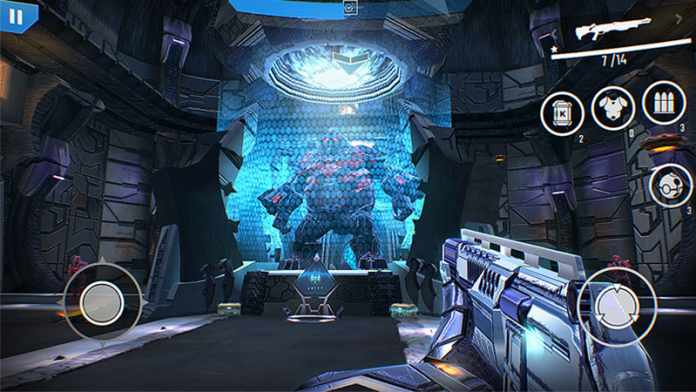 Other than calling and texting, one important advantage of smartphones is that we can find and play games of different genre. All of us love gaming, but sometimes due to the high graphics and size of the game, our device freezes and halts completely. Tiny games require less RAM to run and thereby helps you to play without any sort of lag. These Android games are fantastic and lightweight games that are suitable for all kind of android smartphones. Now, you don’t have to worry about your phone’s memory and internet speed. Few of the below-mentioned games even operate in offline mode.

These games feature decent graphics, and they won’t even lag much, and most importantly, they are not going to slow down your smartphones. These games are downloaded also if you turn on your cellular data with decent internet speed. So, we thought to shortlist those tiny games that you can enjoy, the Android Games under 50MB, which you’ll surely love playing.

You’re one of those people who love action games, this one is certainly for you. N.O.V.A Legacy has got an amazing storyline embedded along 19 action-packed FPS levels. Users can test their skills in multiplayer arenas and can also customize their marine avatar. While playing this game, users will surely get a console-like experience on their phone. This game has been developed by Gameloft which itself needs no introduction.

It is one of the most addictive runnings and skating game on Android. The themes used in the background are amazingly beautiful. Playing this game is quite simple, all you’ve to do is jump, crouch and speed up but syncing all this is actually a tough job. There are 40 challenging levels present with some realistic and stunning shadow art graphics.

Major Mayhem is a 3D shooting game which has been given an Editor’s Choice. The whole game can be summed as, “Run and Gun.” Here the mission is to rescue your kidnapped girlfriend and in doing so you’ve to destroy forces of Evil using your guns, grenades, etc while running. The game comes with 45 levels of non-stop action and many mini-missions and achievements which will make you keep playing this game.

This game is perfect for your time pass. It is one of the best Android Games under 50MB.You’ll never get bored if you’ve Racey Rocket installed on your device. Racey Rocket is a high-speed racer where player boosts, slide and bounce their way around challenging tracks for the best time. There are up to 100 amazing tracks provides along with a slow time feature to hit the perfect lines.

Now this game is quite different from the above-mentioned games. This is because this game is based on Augmented reality technology. As the name suggests, you just have to stack up more blocks to reach higher scores. This game has some requirements which you need to consider before downloading it, firstly you need to have a rear camera of at least 3MP. The surface chosen as the target must contain enough details and your device should be in parallel to the surface while choosing the surface. You can also share your score on social media and compare it with your friends’ score.

FPS Task Force is a shooting game by Mad Action Games, and the game features action and a new environment.  It is an offline army shooting game full of action missions that are based on army commando storyline.  The game is specially designed for those who love fps killing and army shooting with modern guns and sniper rifles. In this game, you will fight as a leader commando, and you will fight the battle against many dangerous criminals and lead the terrorist encounters to win this terrorism combat. Moreover, the future update of the game might include the online multiplayer shooting and team battle squad.

FPS Task Force 2020 is all about surviving in the combat action, and all you need to do is beat and shoot the enemies.

The storyline of the game starts with a strong and outstanding species that exist in the future. These species are created from a combination of humans, technology, and black metal. The government names them as shadow cyborg”. The government passes the rule that every sector must have its own shadow security force (SEF), but all of them have to be controlled by the headquarters placed in Century city.

Things were working nicely until the day Headquarter is under attacked by a Dark Clan. Now, the aim of the core (a senior cyborg soldier) is to join e rebel and heads to the city seeking revenge for his comrades and destroying the Dark Clan. This game features many weapons, dangerous enemies, and traps.

In this game, you will be playing with your favourite team in world cup tournaments. Use this platform to score sixes, fours, and unleash the power-ups with bating and bowling your way to win the World cup for your nation. The game features simple to play controls for batting and bowling, and you can switch easily between quick match and tournament modes. The game features full 3D graphics, realistic animations for batsman motion, and ball physics.

The storyline of the game revolves around your birth into a world full of zombies. Now, you have to struggle to survive and fight against many kinds of zombies, bandits, and dangerous boss monsters. This game is addressed as a classic FPS game with a story, and a lot of shooting stuff with different weapons.

The game also features the offline mode that helps you to play offline even without the internet connection. All you need to remember is that the main enemy of yours is Zombies who are already controlling the whole world. The game is all about to see what you will do to limit the effect that zombies have on the planet?

The game is about Newton Bill, the young aspiring uphill racer who is destined on a journey that takes him to where no ride has ever been before.  All the places from Ragnarok to a Nuclear Plant are going to be the racing track for the bill. And, the bill will not quit or stop until he has conquered the highest hills up on the moon.

In this journey, Bill will be facing hell lot of challenges, download the game and help Bill to conquer this quest. The game also features offline play that allows you to play games without internet connectivity. The game contains 28+ literally endless stages, and the game works perfectly well on high and low-resolution devices.

The basketball league is a brand new basketball game with exciting challenges. This game helps the players to practice both the background throwing and clear shot skills for different level requirements. The game comes with 3 different game modes; career, 1v1, and mini-games. There is also classic arcade challenge, mini-games modes. The game features hundreds of challenging levels, and there are 6 different basketball courts with great views.

It is a new kind of puzzle game that features beauty, cleverness, and creativity all into one game. The key is that there is no correct solution to the puzzle. You will have to come up with your own creative solution and strategies that will help the baby stellar fox reach its goal. The game compromises 180 elaborately designed levels, and the difficulty level keeps on increasing as you move from one to another level.

The game features 2D graphics and a story of a fairy tale. There is a creative mode in the game that helps the players to create their own levels in the games sandbox mode that they can share with your friends!

Into Mirror is a new game by Lemon Jam Studio the same team that built and designed Pursuit of Light.  The game is about a virtual world that has already completed the public beta test and is now officially entered the commercial stage. Mirror brings people into the virtual world, and this game features cyberpunk style performer with 20 challenging game levels.

The game offers many cyberpunk equipments, and as a player, you will be facing different kinds of enemies. Download the game now and figure out whom you are going to be in the mirror world?

This game is the newest addition to its previous games Jungle Adventure 1 and Jungle Adventure 2. This game is about the story of an enraptured forest where the hero as well as the main character of the game, Addu is roaming in search of some food in the middle of the night. In his search for food, Addu witnesses a tragic sight.

For all android users, the stick fight game is back with some new additions. In this game, you will play the role of a young stickman fighting your way through your old and new enemies. Whosoever wins the fight will be worthy of earning the title of Shadow Warrior! In this case, you have to fight against all the odds to win that title.

The game is divided into several missions, and you have to complete each mission and beat the enemies at each level to prove your powers with the belts you won. The game offers a wide range of weapons and armour to aid you on your way to greatness. This game is to test whether you are strong enough to become a black belt and conquer the leader boards.

All the mentioned games belong to different categories and can be easily downloaded from Google Play Store. NOVA Legacy is the best in action genre while Shadow skate, Major Mayhem and Racey Rocket are quite addictive. On the other hand, Stack it AR is totally based on a different concept and is one of tiniest games based on augmented reality technology. So, This sums up the list of games that you can download on your smartphone without worrying about the specifications of your device.

Hope you will like this collection of games. These games have a story, missions, and everything that you would expect from a decent game. Download the one that fascinated you more and does let us know which game you picked and why?

With Avengers: Infinity War on the verge of release, there are many speculations and fan theories on the internet. Some of them are way...
Read more
Best Apps

Looking for best iOS Emulator For PC? Users all over the world have technically been divided into two categories; Android users and Apple users....
Read more
Best Apps

We all know about LAN which is nothing but a group of computers connected to each other via a LAN cable. Many of us...
Read more

Finding well-suited people to work for your software project is never easy. It is especially difficult if we are talking about Node.JS developers, whether...
Read more

Small business owners are in a difficult spot, especially since there are more established businesses taking a larger share of the market. However, it...
Read more

Looking to buy Semrush? Is it Really Worth? This is a Complete "Semrush Review" in which I will be covering all the Semrush features...
Read more

Apple’s AirPod wireless earbuds that come with Bluetooth and can also be charged wirelessly. They are designed to be compatible with Apple products such...
Read more

Streaming Services VS Cable TV: Side by Side Comparison

We all put our energies to save some money, whether it be on groceries, utility bills, or transportation. One of the bills that haunts...
Read more

The Best Knock Off Airpods 2021 to Buy Online on Sale!