Best Movies to Watch on Netflix 2020

Netflix has a huge variety of content; it may confuse you in deciding what to watch and what to skip. If you want to save time and watch content that is worth-watching, this article would be very helpful for you. We have come up with Best Movies to Watch on Netflix, each one of these is unique and creative with a strong message to convey. Happy watching!

Best Movies to Watch on Netflix

Roma is a vivid, emotional portrait of a domestic worker’s journey set against domestic and political turmoil in 1970s Mexico, delivered by Oscar winner Alfonso Cuarón. (Netflix) and it is the one of the Best Movies to Watch on Netflix.

Roma is a black and white semi-autobiographical memory piece of Cuarón which is an intimate family drama. It is an extra-ordinary blend of tragedy, comedy, and a sublime mystery. The film has set the standard in personal filmmaking and is undoubtedly a masterpiece. It is, as many says, is an intimate story on an epic scale. Cuarón dedicated this film to Libo Rodríguez, who took care of him in his early years.

Roma is one of its kind, and least to say, it is making history. It seems like a movie that would be full of emotions and sadness; however, you have humorous scenes and dialogues to lighten up your mood, it depicts the depths of the ordinary life of ordinary people having ordinary conversations.

The story of Roma is not an extra-ordinary one, there are no great twists and turns in the plot. However, the story is still powerful enough to keep you attached to the movie and the characters. You can watch this movie, and rewatch it again and again and again. It is undoubtedly a movie that you cannot afford to miss out on, so grab your screen and start streaming Roma.

Marriage story is directed by Academy Award-nominated filmmaker Noah Baumbach directs this incisive and compassionate look at a marriage coming apart and a family staying together. (Netflix)

Marriage Story is a beautiful yet simple movie, it can make you laugh and feel sad in a single scene. The film portrays the reality of an ending of a marriage. The articulation of thoughts and feelings of the characters convey precisely what the character is going through. The movie is full of drama and comedy. The film is an apt representation of a disintegrating family, it makes us realise how fragile love could be. This movie is a must-watch.

A slab of food descends floor by floor in prison. The inmates above eat heartily, leaving those below starving and desperate. A rebellion is imminent.  (Netflix)

The Platform is a social commentary and an allegory for capitalism. The film manages to keep its viewers intact the entire time, making a guess how terrible things can turn out to be. The ride to the bottom is an uneasy one, filled with brutality. The social parable in the movie is a clear one, if the people who had access to the food just enough to get by, the ones at the bottom who are starving, would have plenty to share from.

The movie shows how people can quickly help each other in the game of survival by rising above class, gender and race by just working together. The movie hence depicts the greediness and selfishness beautifully in human minds. You should definitely spare some time to watch this movie reflecting the real world in a whole new way.

Five years after an ominous unseen presence drives most of society to suicide, a survivor and her two children make a desperate bid to reach safety. (Netflix)

The Birdbox is not like the usual horror films, it is engaging and refreshing. We not only see characters doing mass-suicides, but we do understand that trying to survive together, helping each other, while others also show their selfish sides ending up being increasingly distrustful. The movie is a decent thriller, and you should surely not miss out on it.

A child bride grows up to be an enigmatic woman presiding over her household, harbouring a painful past as supernatural murders of men plague her village. (Netflix)

Though the movie is set in a colonial regime, in the Bengal Presidency of 1881, is a sharply relevant fable. I have to be honest, it is not hard to predict who the “chudail” (demon-woman) is, however, Bulbbul is not merely a thriller movie, it is beyond that. It has more to convey than just entertainment.

Also Read: How Effective Are VPNs When Accessing Netflix?

The movie is strongly feminist, and it powerfully depicts the misogynist world and patriarchal society portraying how men and women have both internalised very damaging ideas. Before you watch this movie, do know that the film contains intense scenes that may trigger some people.

The movies on this list are of various genres but have strong messages to convey. Some are thrilling and un-settling, while others are funny and lively. The film you should not miss out on from this list is Roma, it is semi-autobiographical, consisting of ordinary people living ordinary lives. You will surely have a great time watching this beautifully directed movie.

If you have any app suggestions that you think we should add to our list of Movies to Watch on Netflix, please feel free to drop a comment, we are always open to new ideas and suggestions. If you like our content, please do bookmark our website and stay tuned. 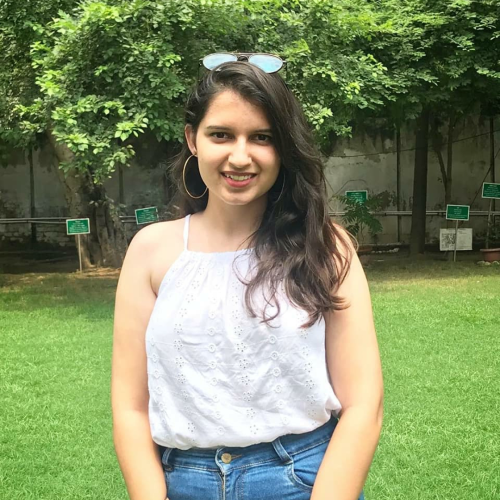