Can any good ever come of secret messaging? Well, this list answers your question and offers you some creative uses for secret messaging on Android. Here are some Best Spy App For Android free to Download. Enticed as you may be, please do not take this up to get into trouble. We know we said spy but that doesn’t mean the mind has to board the train of thought onto the land of the Bonds & Bournes and finish only at Ethan Hunt. Spy messaging has some pretty legitimate outlets that have little to do with fantasy.

Doesn’t seem like too much fun anymore? Well, hang in there. It gets better.

Feel the need to track someone? Like the guy who won’t deliver on time or the sales representative that takes self-proclaimed breaks all the time? Well, you got it! All you need to do is get them a company phone with Cell Tracker on it and you will get your when & where update every half hour. Cell Tracker works through WiFi/GPRS to automatically grasp the location details and hands it over to you. The ‘View Now’ button will give you all the information you need along with the location the target device has been known to take.

With the way things are currently and the crime rates increasing with every minute passed, it is only natural that our parents get worried. Now whether its paranoia or obsession, if you are looking to keep track of your kid’s whereabouts (for safety reasons of course), Children Tracking is a good call. To use it, you just need to install the app on your child’s phone, run it and lock/hide the app and then track the phone details online.

Ear Spy is the undercover deal. It lets you appear as if entirely submerged in your music but in the true sense, all it does is amplifies the sounds around you into your device microphone straight to your ears through the earplug. Just be casual with the headphones plugged in and leave your smartphone bare to pick up the sound. The app also gives you an equalizer to enhance and balance the sound quality in your zone.

You seriously didn’t think we’d spy up without a Background Video Recorder! Get it running and tap on the black screen to click a quick shot of your mystery guy. You could also try out videos on the app and once you get into the video mode, the app will simultaneously keep recording unless you press stop. The app is pretty simple and user friendly with a bunch of other camera features dropping out every now and then.

Oh this one also requires some acting skills as it makes you look like you are working on something else on your phone when you are really using the Sneaky Cam+. You get to pick a background that indicates when the Cam is on. The background image is pretty sneaky itself as it can be anything from a browser display to the music player shot. Tap wherever you wish to start clicking pictures and do not fret about getting caught in the moment. If you are too sneaky, of course you should get caught.

Want to text your business partner about some private and confidential stuff that you do not ever wish to be saved for the future?  Time your texts with Spy Message app to self-destruct or just get deleted automatically without any hints whatsoever. Soon after the assigned time frame, your texts are bound to vanish, leaving secret appointments and messages, secrets in the end.

This app is the contact list bodyguard. Only it does more than just that. The app protects your entire contact list from stranger access by hiding the whole phonebook icon and also simultaneously keeps removing the incoming and outgoing logs. If somebody you don’t want to be anywhere near your phone, is, in fact on it, rest assured that your contacts will not be seen by them if you have this app.

In the spy world, spies generally prefer when their recording devices don’t give out the fact that they are monitoring someone. The app brings you that and also gives you little before and after updates on the whole monitoring zone. Which goes to say, that the app, tracks unauthorized movement, at the same time!

This app lets you time, record and prepare a fake call to use whenever you need it the most. The app calls you at the designated time and takes you out of practically anything that you don’t want to be a part of. You can also intensify the illusion by choosing the secret agent identity yourselves. A great way to get out of stuff and a finer way to prank friends!

Last but not the least, we have the Secret Agent app that works as a complete manual for the spies. The app comes packed with handy tools and sensor features like the spy torch, a fun infrared-style camera filter, a compass, a spectrum analyzer, secret audio recording, sensor data and a lot more.

That was that with all the spying, guys! Tell us how this went in the comments section below! 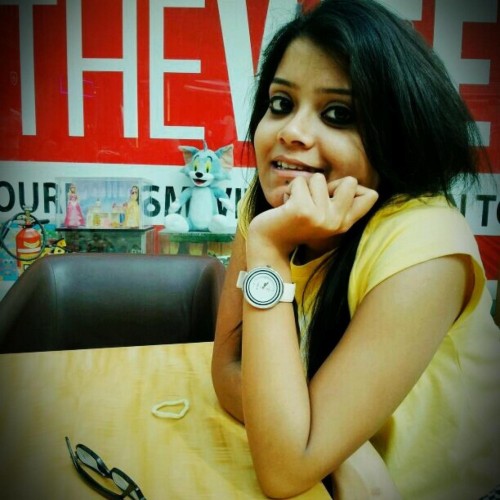